Why write a memoir?

Reading the definition of a memoir given by Merriam-Webster, it would seem anyone can write a memoir. For who doesn’t have personal experience? All you need now is a way to write down your story, right?

To write a memoir someone other than your family and friends would want to read takes effort. But a personal history for your descendants may be a good starting point. Would my great-grand nieces and nephews find it interesting, even astonishing, that their now-old aunt was once a young dreamer who roved the countryside on horseback? Would they be compelled by the fact that she was able to ride for weeks by herself, counting on her only companions, her horses and dog, to take care of her? I thought they might.

I also mused that people who thought they knew me well might learn more than they ever guessed about my aspirations, actions and abilities. But I also wanted a theme I thought might interest other groups of people—namely, women, horseback riders and those interested in adventuring.

And so I wrote, Journeys: Finding Joy on Horseback 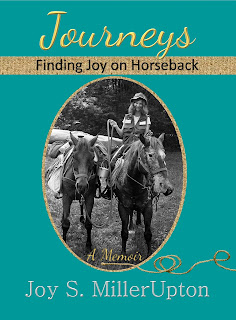 People learning more about me was actually an uncomfortable thought. My journalism career has revolved around interviewing people—probing sometimes to depths they might not have expected to reveal and then telling their stories. But I have always considered myself a very private person. To be truthful, an introvert.

So why the heck put my own story inside the covers of a book?

To begin with, I am a writer. Most writers write about what they know about. Many novelists create characters based on their own personalities or on people they know. Over the years I have had a lot of ideas for fiction stories. Maybe I’ll write one someday. But I decided to start with what I knew most intimately—me and my stories.

Writing a memoir may seem like just plastering a page with words that flow from the gray matter through the fingertips. It can be that way to begin. But it is actually a lot of work. As I wrote, I realized my memory was supplying some pretty good stuff, but I wanted to be as accurate as possible. Here are some of the prompts I used.

These are just a few devices to help untangle that cobweb of the memory.

Back to the original question—why write about yourself?

Because you can. Anyone can. Everyone has had life experience that, although may seem common and unexciting to you, may be so different from others’ experiences that there is someone out there who would enjoy or benefit from reading about it.

If you have ever thought about writing, be it a short story, an essay or a book, it won’t ever get done if YOU don’t just “do it.”

How far will your ripple go? We have all, at some time, tossed a pebble into water and watched ripples spread. It can be mesmerizing—sta... 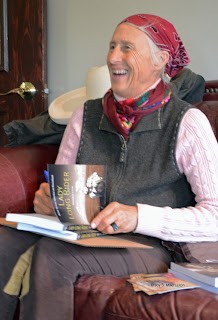 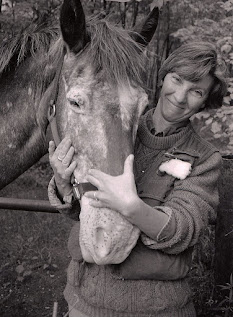 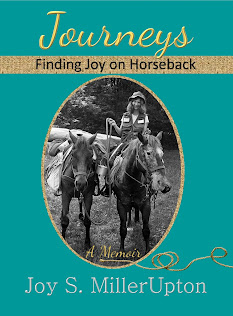 GypsyJoy
I am a never-retired (but sometimes tired) writer/photographer who has lived in the Hocking Hills region of Ohio since 1972. A graduate of Ohio University's Journalism School, I have worked for newspapers, freelanced for magazines and other media and owned a communications business with my husband, Don. We also have a small cabin rental business, WaterSong Woods Cabins. In addition to writing and taking photos, Don and I love to play with our dogs, let our cats play with us, associate with and sometimes ride our horses, hike, bicycle ride and enjoy life on the farm.